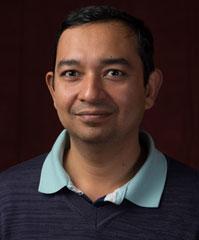 Suman Banerjee received his PhD in Computer Science from University of Maryland in 2003 and joined the faculty of University of Wisconsin-Madison. He is the winner of the ACM SIGMOBILE Rockstar Award in 2013 (awarded for early career achievements in the field of mobile computing and wireless networking). He served as the chair of ACM SIGMOBILE from July 2013 to June 2017. He received an NSF Career Award in 2008, and is a recipient of multiple award papers at various conferences, such as ACM MobiCom, ACM CoNEXT, and IEEE Dyspan. Prof. Banerjee has co-founded multiple startups over the years, and one of his commercialization efforts was awarded a grand prize at the Wisconsin Governor’s Business Plan Competition (2012).

For more information, go to: http://pages.cs.wisc.edu/~suman/